On December 15th, 2016, Advanced Energy Economy hosted a one hour webinar to review major energy events from the last year, and to discuss 2017 prospects. The webinar featured positive updates as well as promising predictions regarding federal and state policy initiatives, a summation of the AEE’s 21st Century Electricity System (21CES) program’s progress, and a preview of the AEE 2017 Market Report Preview. We were encouraged by the discussions.

Impact of the Election

One of the many impacts of election results is that changes in the Executive branch and Congress will make passage of any legislation regarding advanced energy, both for or against, will be difficult in 2017. Additionally, U.S. compliance with the Paris Agreement and the future of the Clean Power Plan are unknowns due to various statements made by President-elect Donald Trump.

A positive highlight of the federal policy discussion was that the future of solar and wind tax credits are stable due to bipartisan support. Any wind projects that began in 2015/2016 will get 100% tax credit through PTC (Production Tax Credit). From there, credit will then decrease by 20% every year until the program’s expiration date in 2019. All ITC (Solar Investment Tax Credit) will remain intact as well. Solar projects in 2016-2019 receive 30% tax credit; in 2020, the credit drops to 26%; 2021, 22%; and in 2022 it will drop to a perpetual ten percent for commercial and zero percent for residential.

A representative from 21CES, Lisa Frantzis, SVP, Strategy, provided a report of the program’s progress in partnering with utilities and policy makers in states across the country. As a result of California’s proposal for DER program incentives in 2016, a number of two-year DER pilots across the state starting in 2017. The state of New York is also significantly changing the role of the utilities. The utilities are now a facility of the DER market, and all earnings are based on performance. The utilities are also required to plan according to DSIP (Distributed System Implementation Plans). AEE’s outlook on the opportunities for progress in every state is positive for 2017.

AEE’s VP of State Policy, JR Tolbert, gave a birds eye view of state policy status. One of the states Tolbert highlighted included Michigan, which passed Senate Bills 437 and 438 shortly after the conclusion of the webinar.

The two bills keep the Renewable Portfolio Standard and extend the Energy Optimization program to 2021. As explained by Tolbert in a blog post written after the fact, “The legislation requires utilities to produce 15% of their electricity from renewable sources by 2021. Under Michigan’s 10% percent RPS – enacted in 2008 under Public Act 295 – the state developed 1,668 MW of new renewable energy capacity and attracted $2.9 billion in renewable energy investments.”

In 2017 Tolbert expects more regulatory action in states as a result of the 2017 legislative victories— anticipates a general focus on access to advanced energy in the states. Two of the main unknowns are the re-regulation of the Ohio market and the deregulation of the Nevada market.

Policy progress in California has been so great that AEE’s Sr. Director of California Policy Amisha Rai devoted an entire segment of the webinar to discuss the Golden State.

2016 highlights included the passage of the Climate law (SB 32) extension to 2030. SB 32 requires a GHG reduction of 40% below 1990 levels by 2030. Additionally, California also passed AB 1637, which will increase Self-Generation Incentive Program (SGIP) funding for energy storage and NEM cap for fuel cells. 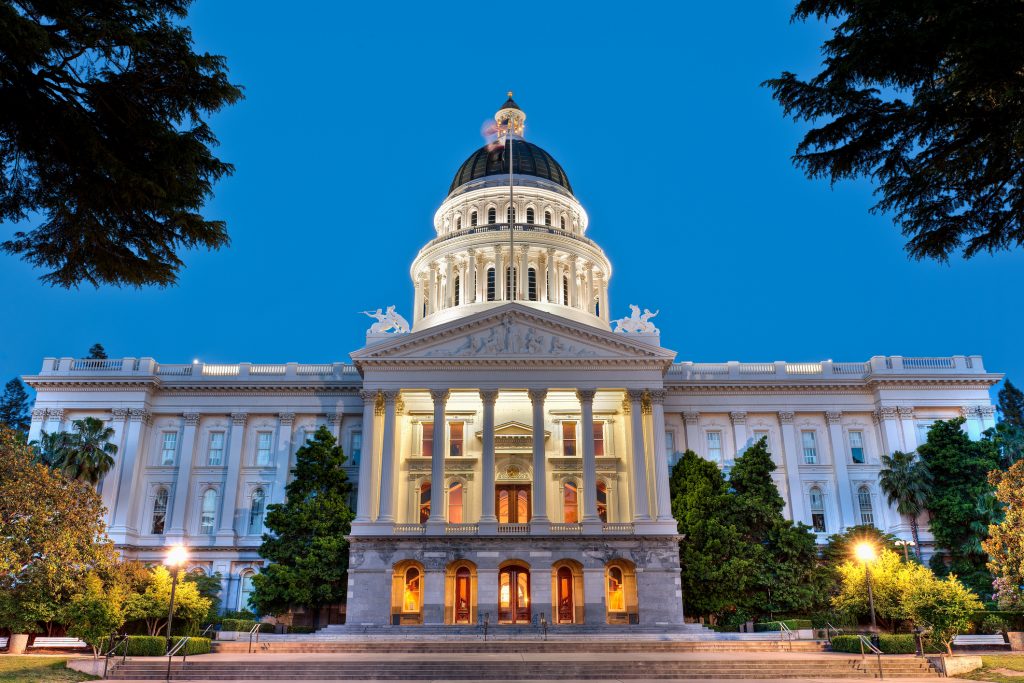 In 2017 Rai expects a continued debate over the issue of Cap and Trade regarding cost and support, as well as possible CPUC (California Public Utility Commission) structural changes. Some of the unknowns include what will result from the changing State legislature, as there is a 2/3 supermajority in both the Assembly and the Senate. Governor Brown’s priorities also prove to be an unknown factor in policy predictions—there are a number of large items on his plate such as transportation, Cap and Trade, and ISO Regionalization.

You can read more about state policy issues in a blog post authored by JR Tolbert and Amisha Rai, here.

There is significant growth in both the EV and car sharing industry. Gauntlett said that Navigant Research predicts that in 2025, light duty PEVs will hold between 70% and 75% of the EV market. Uber is now available in 56 countries and 200 cities around the globe.

The building efficiency industry has experienced a lot of change, including “reform through acquisition,” such as Oracle’s acquisition of Opower. Lighting has also made its impact on the industry through significant growth. LED is taking over old technology and controlling systems are “expanding the abilities and sophistication of tech.”

Additionally, the demand for energy apps is growing significantly enough to mention in the report, and Gauntlett stated that research has shown that, “Customers want information and tools to help them be more efficient.”

We too here at Orison look back on 2016 as a year of growth, and look forward eagerly to the changes in store for us and the advanced energy community in 2017.

If you’re interested in learning more, you can listen/watch the recording of the webinar.