Utilities and startups must work together to change energy equation 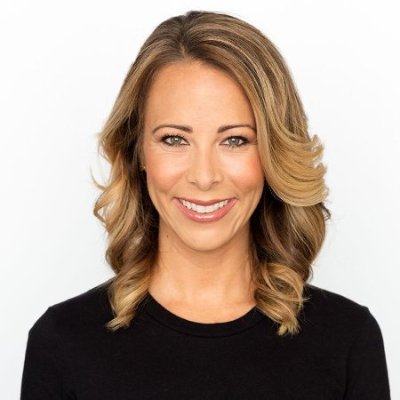 As originally published on WattWatchers.

On My Watts: Murray Hogarth

It’s an intense experience to be part of a startup accelerator program, even if only for a short period. Make that an international program and the stakes go higher. This post comes from the heart of Free Electrons, which identifies itself as the world’s first global energy startup accelerator, and last Friday wrapped up its Top 30 Bootcamp stage in Lisbon.

This is a serious exercise. The world is full of large, traditional energy retailers, network businesses and generators that are faced with massive disruption from the accelerating transition to a new energy economy. One that needs to be smarter, cleaner, more cost-effective and better connected to consumers than ever before.

The Free Electrons program is the product of a global alliance of utilities that believe they can better meet the challenges of this evolutionary period for their industry sector by working together rather than alone. If all goes according to plan, they’ll do this by combining their resources to give selected later-stage startups a leg-up via recognition, pilots and commercial deals.

This is one of a number of models being tried by utilities around the world to engage both energy tech and other startups that can help them to navigate the transformation of the sector. Some go it alone, running their own startup programs and innovation centres, or investing directly in new energy tech. Others sponsor independent incubator and accelerator programs. Still others band together to jointly invest via specialised venture capital funds. The keenest try multiple strategies in tandem, and as yet no one can be sure if there’s any best or right way to do it.

A happy consequence of this still experimental phase of engagement and investment is the rise of a new ecosystem for advancing energy tech. It’s still far from being fully developed, much less perfect, but even a few years ago the smarter, better energy ecosystem now taking shape was just a dream. There will be exceptions, now and in the future, but the overwhelming experience of energy tech startups everywhere is that it is very hard to succeed in entering mainstream markets without finding opportunities to partner with utility businesses.

Here’s the scenario that led to Lisbon. When applications for Free Electrons 2018 closed at the end of February, a total of 515 startups from 65 countries had applied. Then, in March, just 30 of these applicants were selected, with an all-expenses-paid invitation to travel to Portugal from whatever your home country to participate in the Bootcamp in the first week of April.

The maths on this are worth noting. Reducing 515 applicants to 30 contenders means that slightly under 6% made the first cut. According to Manuel Tanger, the founder of the wonderful coordinating firm for this year’s program, Lisbon-based Beta-i, that makes it harder on the percentages to get into Free Electrons than it is to get into Harvard University.

As you either know already or may have guessed, the energy tech company I’m part of, Wattwatchers from Australia, was chosen as one of the Bootcamp 30. Myself and colleague Darius Salgo then hurriedly reorganised our lives and booked our flights to make the unexpected trip halfway around the world from Sydney to lovely Lisbon (see more pictures below). The subliminal message was clear: if getting to Portugal at short notice was a problem then you weren’t cut out for this fast-paced foray in any case.

So why disrupt your job and home life to drop everything and travel around the world for four days? The too-obvious headline answer is the ultimate prize, for the best of the energy startup best, of $US200,000 and the chance to be named ‘Free Electrons’ best energy startup in the world’. Of course winning these grand prizes would be great, but the real prize is the opportunity to engage with nine (and soon 10) of the world’s leading energy utility companies to generate pilot projects and potentially lasting business deals.

For startups like Wattwatchers it can easily take months to organise a single meeting with one utility in your own country. Thus it’s easy to understand the allure of a program where you can meet senior representatives of nine major utilities in one place in one week – all in an atmosphere where collaboration is the core objective.

The utility line-up speaks for itself: Germany’s Innogy SE, Origin Energy and Ausnet Services from Australia, Japan’s TEPCO, Ireland’s ESB, Singapore’s SP Group, the Dubai Energy and Water Authority (DEWA), American Electric Power operating across 11 states in the US, and the hosts EDP, which is Portugal’s main energy utility and also operates in Spain and Brazil. This utility alliance – the creators of Free Electrons – collectively serves over 75 million customers, in 40-plus countries, with combined revenues of hundreds of billions of dollars.

The Lisbon Bootcamp stage was just the start of a bigger journey for Free Electrons 2018. The 30 chosen went in knowing that a bit of the startup equivalent of reality TV lay ahead – think Survivor in Lisbon with some of The Shark Tank thrown in. Only 12 were guaranteed to be selected to continue on to the main extended accelerator program, running over three week-long modules in the Australian cities of Sydney and Melbourne in May, then California’s startup ground zero of Silicon Valley in July, then finally Berlin in Germany in October.

As it turned out, the utilities upped their ante and at the end of the Bootcamp chose 15 startups to go through the full program. If you haven’t guessed already, at this point it should be noted that Wattwatchers didn’t make it through to the final cut.

Given that we human beings are competitive creatures, we’d have preferred a different outcome. But that said we were winners just getting to Lisbon in the first place, when 515 became just 30, and having been there we gained great value from the experience.

By way of sharing, for starters there’s the intensity of the experience itself. In the environs of a truly international program like Free Electrons, you have to be creative, technically precise, businesslike and social all at once. Often with people you’ve never met before and may never meet again.

Over several days your team has to lurch from jet lag, to get-to-know-you-all cocktail party, to utility presentations, to preliminary introductory pitches by the startup participants, to one-on-one meetings with the energy companies, to formal dinner, to deeper planning, to final pitches, to stress-relieving bike ride, then finally to decision time (all coordinated expertly and excellently by Beta-i, but emotionally volatile at times nonetheless).

As well as getting to engage the utilities, Wattwatchers gained unique exposure to some of the world’s best energy tech startups, allowing us to see international trends in our competitor (and potential partner) space, and also to benchmark our technology and business against this high quality cohort. When you are based in Australia, which is far from nearly everywhere, such an opportunity is especially rare and valuable.

Even bowing out at the Bootcamp stage, Wattwatchers is now part of the Free Electrons alumni. This grouping will grow year-on-year to incorporate an ever more exciting community of energy tech startups working with the utility sponsors, and with one another. The program itself is highly flexible, so deals can be done between any of the parties at any stage, and relationships forged in Lisbon can travel in unpredictable directions. If all of this continues for years to come, the power of the ecosystem being created will drive a lot of positive change in the energy sector.

So what are the final takeaways from the Lisbon leg of Free Electrons 2018?

This is highly valuable action learning, in a globally crucial industry sector, with important lessons and further opportunities for everyone involved. That includes the utility sponsors themselves and the diverse array of startups across the streams of smart grids, IoT and digitisation, clean energy and energy management. While finding common ground and mutually bankable commercial opportunities for meaningful collaboration will always be challenging, it’s already happening as a result of the first edition of Free Electrons in 2017. This year promises even more, and future editions will build on the experience and alumni being accumulated.

Postscript: At the end, you leave an experience such as the Lisbon Bootcamp for Free Electrons 2018 and … step back into life and business as usual. Then you ask yourself: Did all that really happen? (It did, and Wattwatchers thanks the nine utilities who made it possible and Beta-i for making it work so smoothly; and we congratulate each and every one of the 515 startups that applied originally, the 30 that made it to Bootcamp, and the 15 finalists that now go into the full program.)